It opened as a connection for pedestrians and cyclists between the CBD and the South Brisbane cultural precinct in 2009, and in 2011 was judged the world’s best transport project at the World Architectural Awards in Barcelona.

It beat off entries from the United Arab Emirates, the UK, Sweden, China and even the Netherlands, which prides itself on its bridge building.

“The bridge appears to ‘float’ over the river. The structural elements seem to be abstractly suspended in the air making the bridge very different, functional, unique and sculptural,” the judges said.

OK, I admit that’s not how I see it, but as a connection between Tank Street (it was originally called the Tank Street bridge) and the Gallery of Modern Art  and a pleasant boardwalk along the river, it is mighty handy.

Apparently it is the world’s largest hybrid tensegrity bridge (and despite reading up on it I still need an engineer to explain that), a multiple-mast, cable-stay structure “producing a synergy between balanced tensions and compression components to create a light structure which is incredibly strong”.

Enough of that. It is 470m long and has two big viewing platforms off the side for sitting and admiring the view over the river. There are 20 structural steel masts, and 16 horizontal masts with cables holding it all together.

Of more interest, is that construction of the superstructure was achieved to within 13mm of its planned vertical position at the centre of the bridge. Not bad.

And even the sceptic has to admit it looks pretty cool at night when it’s all lit up, thanks to an LED lighting system programmed to produce different lighting effects, much of it generated by solar power.

A competition was held to name it in 2008 and the name Kurilpa was the winner. It is an Aboriginal word meaning “place for water rats”, the name of the South Brisbane and West End area.  Significance to the Aboriginal people is stated on a sign on the bridge.

All that said, for the pedestrian (or cyclist) it’s just a really pleasant way to cross the river, rewarded by the South Bank riverside walk on one side and the Roma Street Parkland on the other. Here’s where to find it. 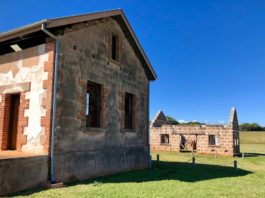 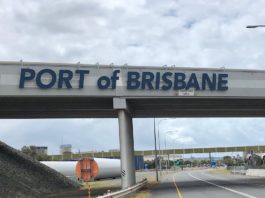