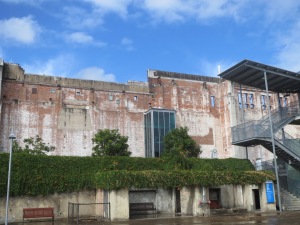 POWER to the phone lines would be a very good thing at the moment, as loss of internet has thrown the daily Brismania into disarray and I must now go in search of wifi to upload.

In fact, I think it is the ghost of James Mooney haunting me as ever since I started researching his story I have had nothing but technical problems. May he now rest in peace.

Now, on with today’s story.

Take a bus or a Citycat to the tip of the peninsula jutting into the river at New Farm, and it doesn’t take much to spot the huge old walls of the Powerhouse which, when it had its big smoke stacks, was as much a landmark for Brisbane as the Battersea Powerhouse is to London. 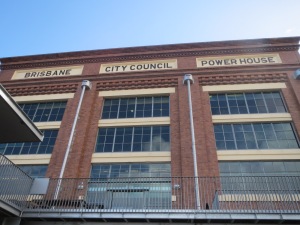 Today it is a brilliant arts and cultural centre operated by the Brisbane City Council, while still recognising its coal-dependent industrial past.

The bonus of a visit is that many of the events here are free and it regularly has some top exhibitions as well as music, theatre and festivals.

Construction started on the building in 1926, and it was commissioned as a power station to generate electricity to run Brisbane’s trams in 1928. 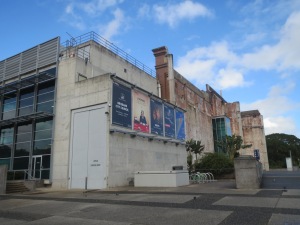 It was Brisbane’s first council-operated power station. Until then, power generation was operated by private companies.

The trams were removed from Brisbane 1969 so the power house was decommissioned in 1971 and it fell into disrepair.

The Queensland Government used it as a works depot and for chemical storage for 20 years but the grand old red brick building’s heyday was done.

It continued to deteriorate for another decade or so, becoming a shelter for the homeless and a favourite haunt for squatters and street kids.

Grafitti left during this period was retained in the renovation so the building now has elements of all of its past. 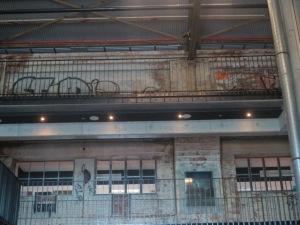 The building’s three sections – the boiler house, switch house and turbine room were cleaned up and became the 536-seat Powerhouse Theatre, 200-seat Visy Theatre and the Turbine Hall and there is also an outdoor plaza by the river where some remnants of the old loading area can still be seen in the river, as well as bars and restaurants.

The first renovation opened in 2000 and the Powerhouse was then given another overhaul in 2006.

Inside, it has a fabulous raw concrete and brick industrial vibe just to walk around and appreciate its past, so that its present with its arts and cultural activities is simply a bonus. 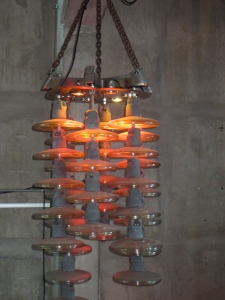 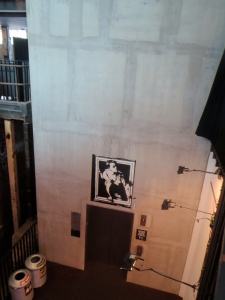